Sustainability of the Spiritual core of Mustard Seed Communities 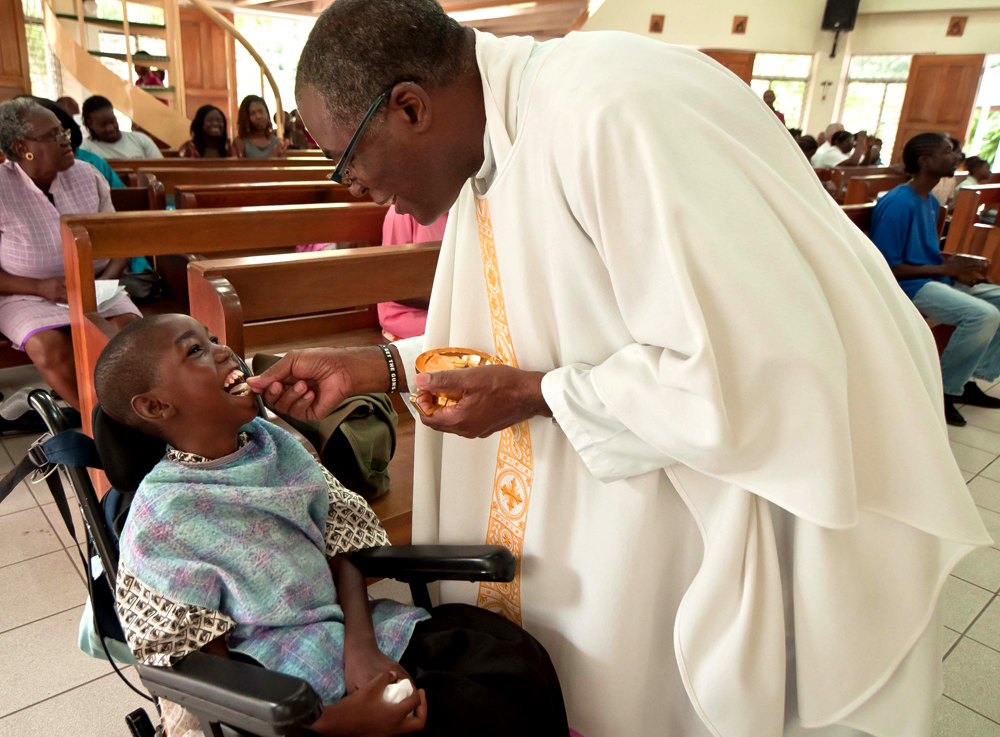 The spiritual and pastoral well-being of the residents, staff, and volunteers of MSC permeates every aspect of MSC’s activities and informs the path for development and survival of the organization. MSC’s commitment to sustain and develop the spiritual core of MSC is demonstrated through the establishment of St. Andrew’s House of Formation.

St. Andrew's House of Formation at Jacob's Ladder in Jamaica, opened in May 2019 and includes accommodations for 12 brothers, conference and training rooms, a library, and chapel. There are currently five men who reside at the House of Formation, two seminarians, and three novitiates. 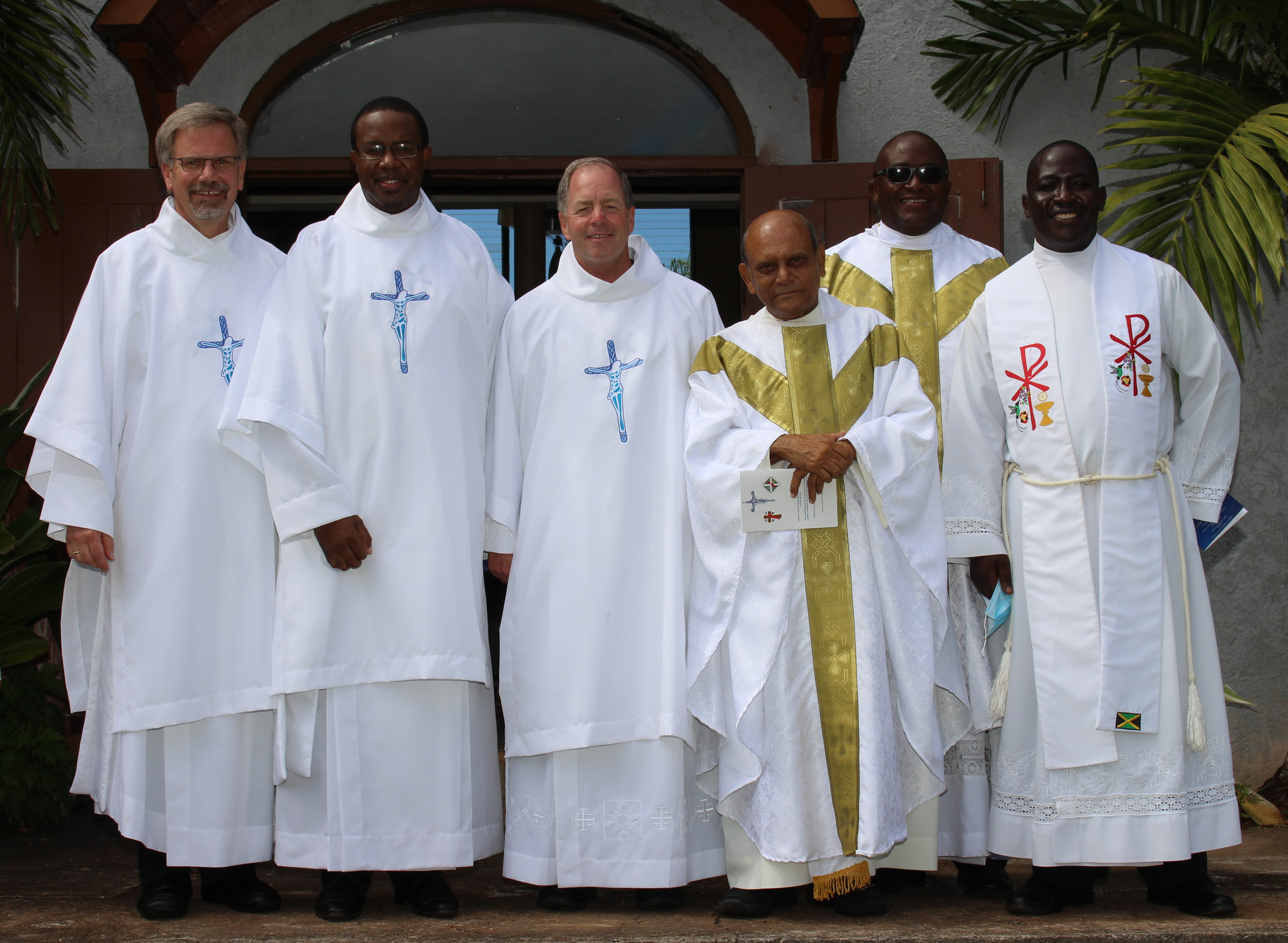 Fr. Philip is from Kenya and was ordained at the Cathedral of the Most Holy Trinity in Jamaica on September 7, 2018. Father Philip is the third priest to join Mustard Seed and the first since Father Garvin’s ordination in 2011. Fr. Philip oversees the spiritual welfare of the children and staff at MSC throughout Africa. 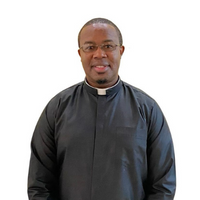 Brother Ernest Chikwata is originally from Zimbabwe and started coming to Mustard Seed first as a youth choir member, then to help with the feeding program. His leadership is often sought from fellow Brothers and staff members at Jacob’s Ladder. He always looks forward to working with people to better the lives of the residents and to always put a smile on their faces.

MSC has been a blessing in his life in many ways. “[Mustard Seed] has made me realize things I didn’t know about myself, it has helped me to always stay positive, and has also impacted how I treat and deal with different people,” he said. He enjoys listening to music, singing, playing instruments, and playing sports.

Brother Bekithemba “Beki” Maseko is from the township of Pumula North near Bulawayo, Zimbabwe. He first became involved with Mustard Seed by volunteering at one of the feeding programs in Pumula. One of his roles while living at St. Andrew’s House of Formation is working in the maintenance department at Jacob’s Ladder. Mustard Seed has brought many blessings to Brother Bekithemba. The blessings include spending time with MSC residents like Yasanya at My Father’s House, meeting different people, and constantly learning new things. One of his greatest blessings has been discovering his many talents. During his free time he enjoys reading, watching movies, walking around the villages, and playing video games. 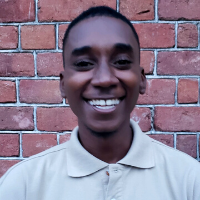 Brother Richard Hines is in his second year of novitiate with the Mustard Seed Missionaries. He is from Portmore, St. Catherine, Jamaica. He first became affiliated with Mustard Seed through his church’s summer camp, which was at Jacob’s Ladder in 2011. He later did service hours at Jacob’s Ladder for his last year of high school.

In the apostolate, he works alongside the Spirituality Coordinator and the Maintenance department. Brother Richard enjoys singing and can be heard as part of the choir at Mustard Seed Masses.

“I honestly don’t think I can just yet or will ever be able to make a mark as indelible on Mustard Seed, as it has done and continues to do in my life,” he said. “One of my greatest goals is to really try to give to everyone that comes to us whether it be staff, residents, volunteers, persons who participate in our many outreach programs, a sense of identity and purpose—a purpose and identity that was given to each of us by God, but we all so often, lose track of it. The same sense of purpose and identity Mustard Seed has given me.” 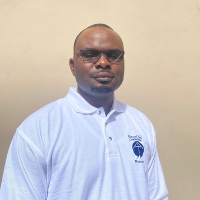 Brother Louis Dalmas Agan is from Kenya and is currently in his second year of novitiate. Growing up, he spent time with the students of a local school for children with disabilities. Hearing about Mustard Seed Communities' mission of serving children with disabilities from Father Philip, he was inspired to join MSC Zimbabwe in 2018. He began his formation journey in Zimbabwe in 2019.

Brother Louis Dalmas has found great joy in serving the residents of Mustard Seed Communities. Even when he is having a bad day, a smile from a resident will carry his spirit. At Mustard Seed, he has found that “there is greater joy in self-giving at the service of humanity for indeed our God works differently”. In the future, he hopes to help MSC grow and bring the joy of Christ to more children and individuals in need.

Since arriving in Jamaica in March 2021, Brother Louis Dalmas has worked at the maintenance department at Jacob’s Ladder assisting with plumbing, repairs, and painting. In his free time, he loves listening to music including R&B, playing football, and going to the gym.

The spiritual core of Mustard Seed Communities is vital to the development and survival of the organization and could not be sustained and developed without your support.